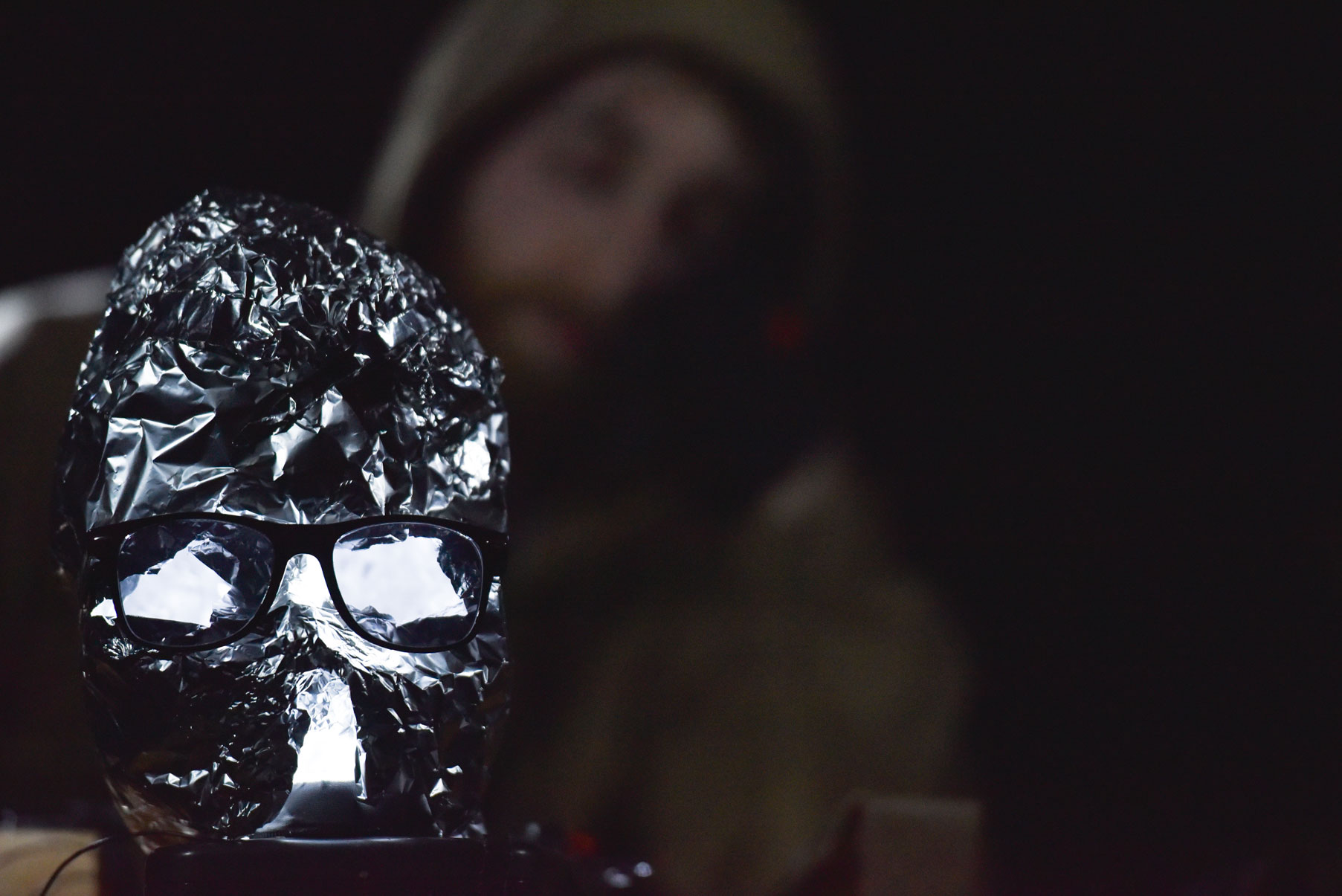 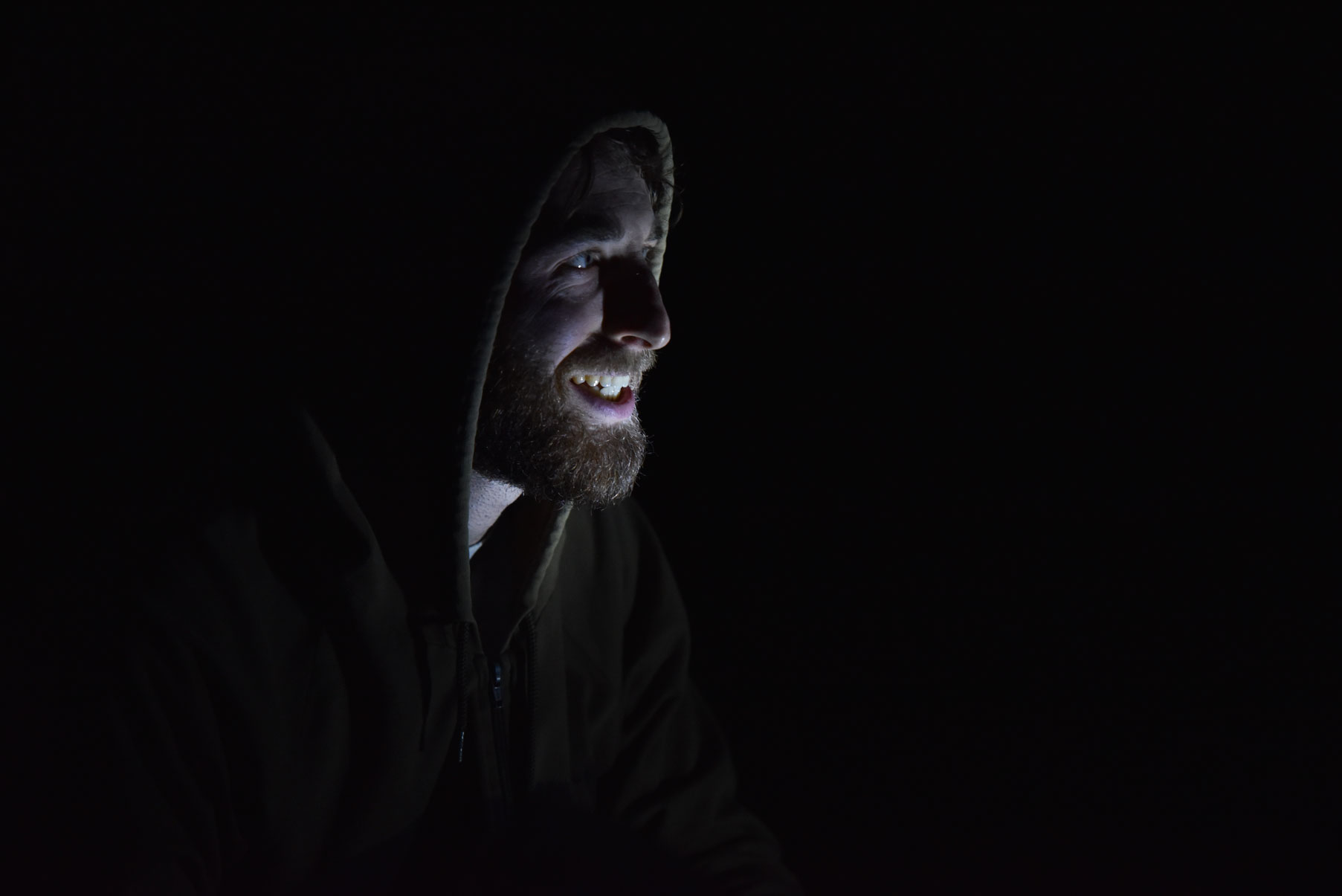 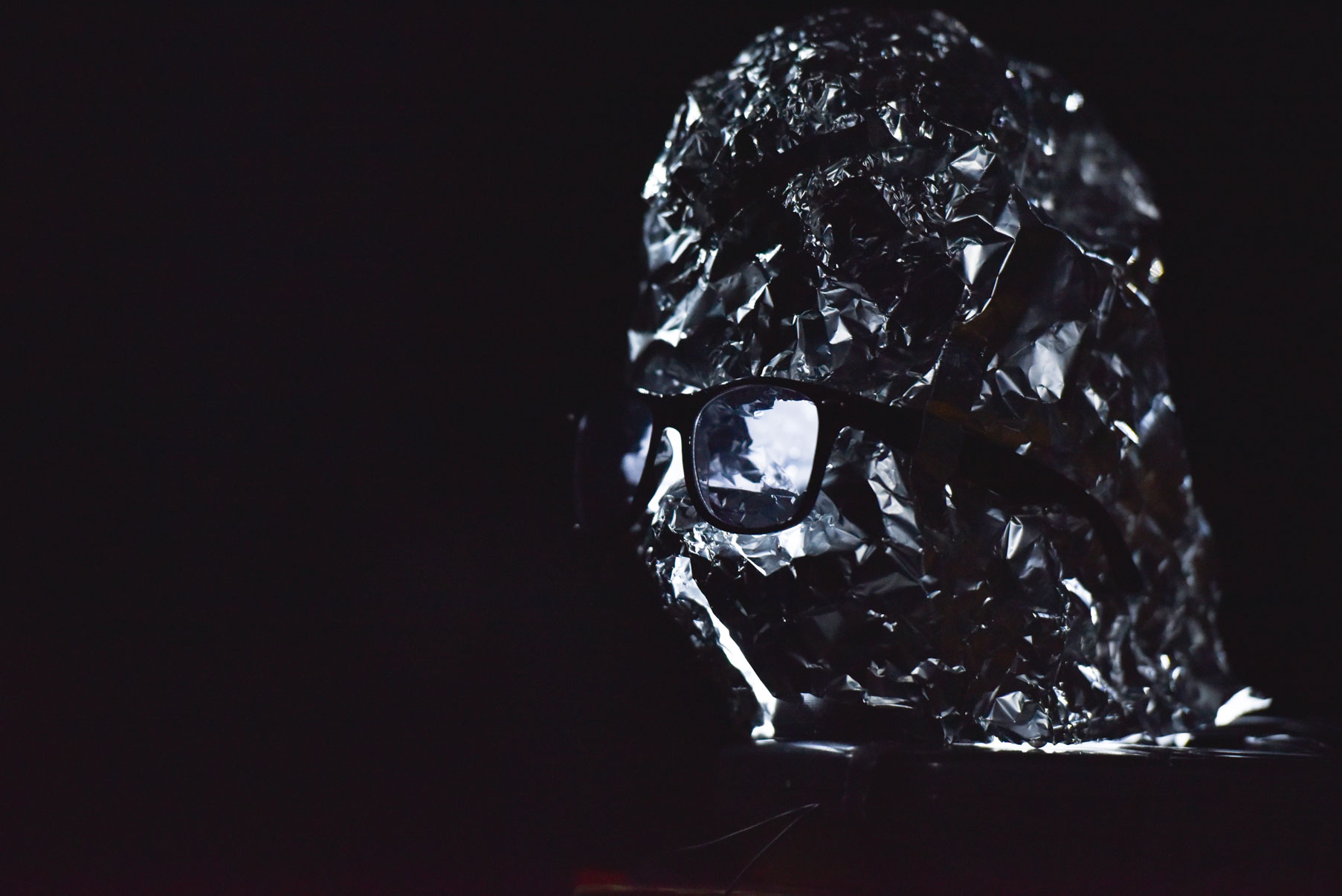 Are We Not Drawn Onward To New Era

Are We Not Drawn Onward To New Era is a solo performance incorporating custom made lighting and audio fixtures which act as his set and scene partners.

The narrative of an alienated jarhead who becomes (or thinks he does) an agent of an unspecified espionage agency. It proceeds through a series of fractured recollections / fantasies attempting to reconstitute objective events.

The performer is seated the table for a majority of the show with the other characters played by tape players mounted on costumed freestanding coat racks. The set is being controlled by O’Shea himself.

This work treads some dangerous territory creating a work based in identity politics as a white man, he puts himself in the role of an angry and isolated individual identifying with the alt-right and ultimately turning to violence, while portraying the absurdity of romantic ideals of manliness.

Are We Not Drawn Onwards To New Era was created as part of the Shooting Gallery performance series and was also performed at Sawdust Collector in 2018 .