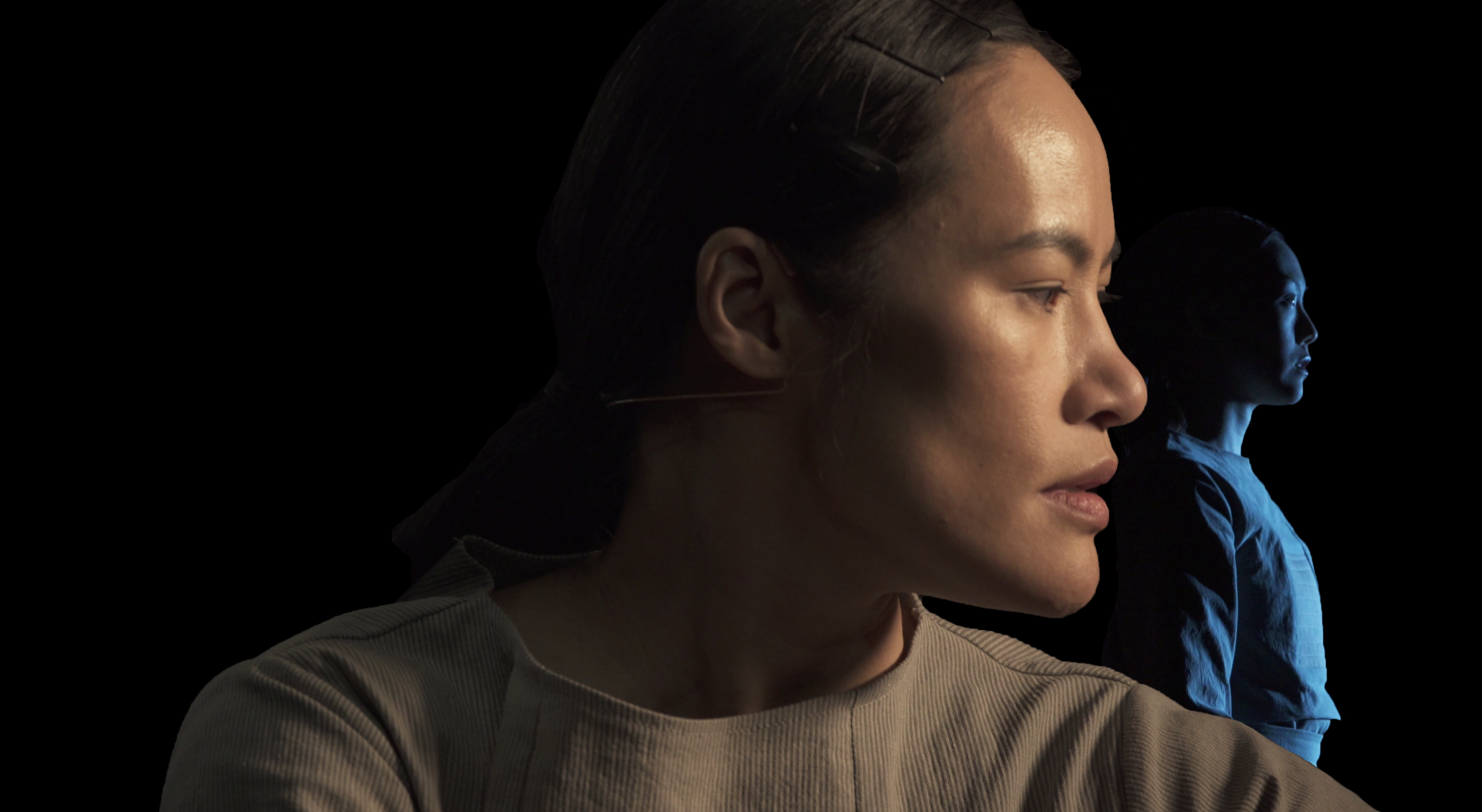 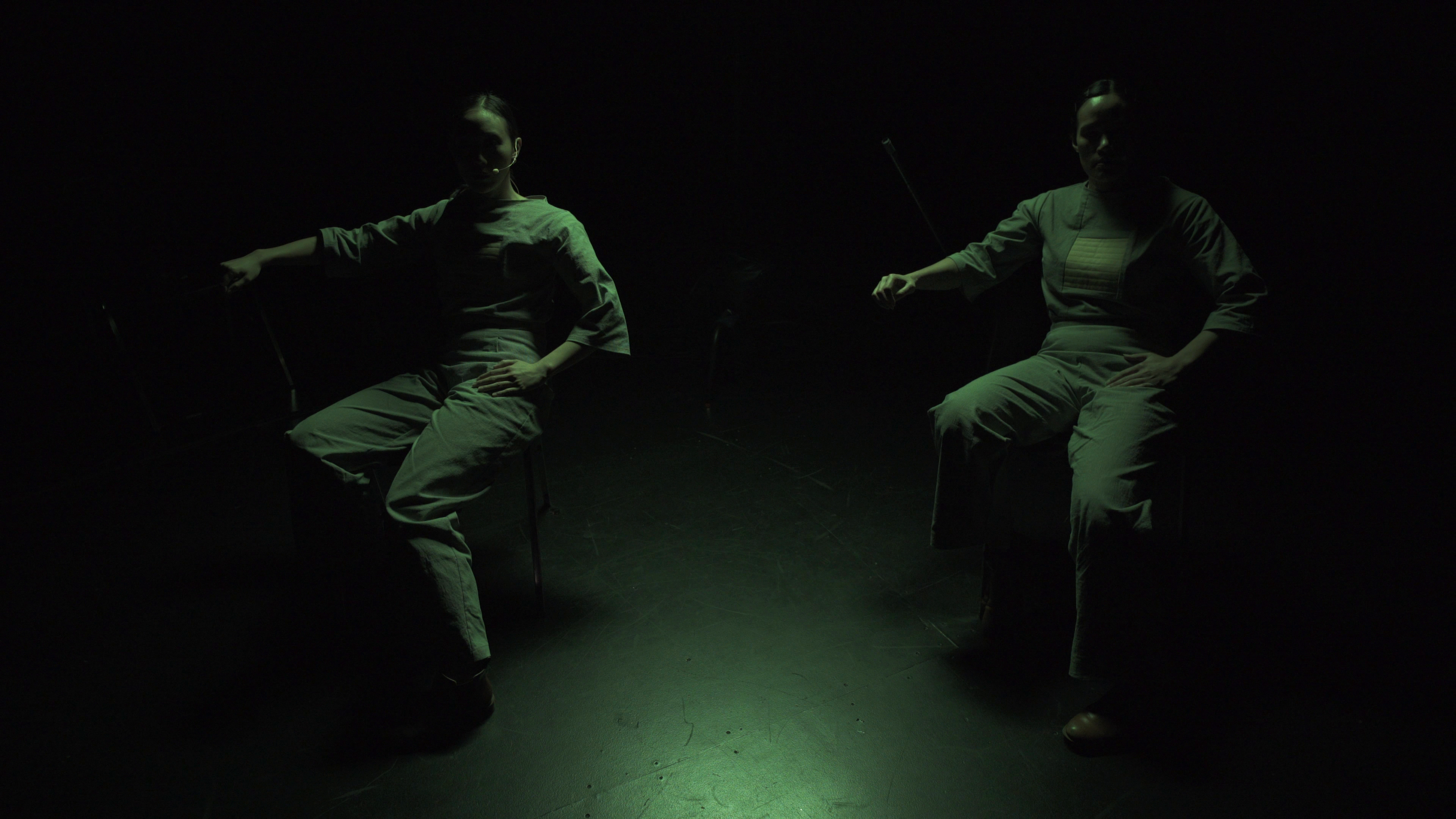 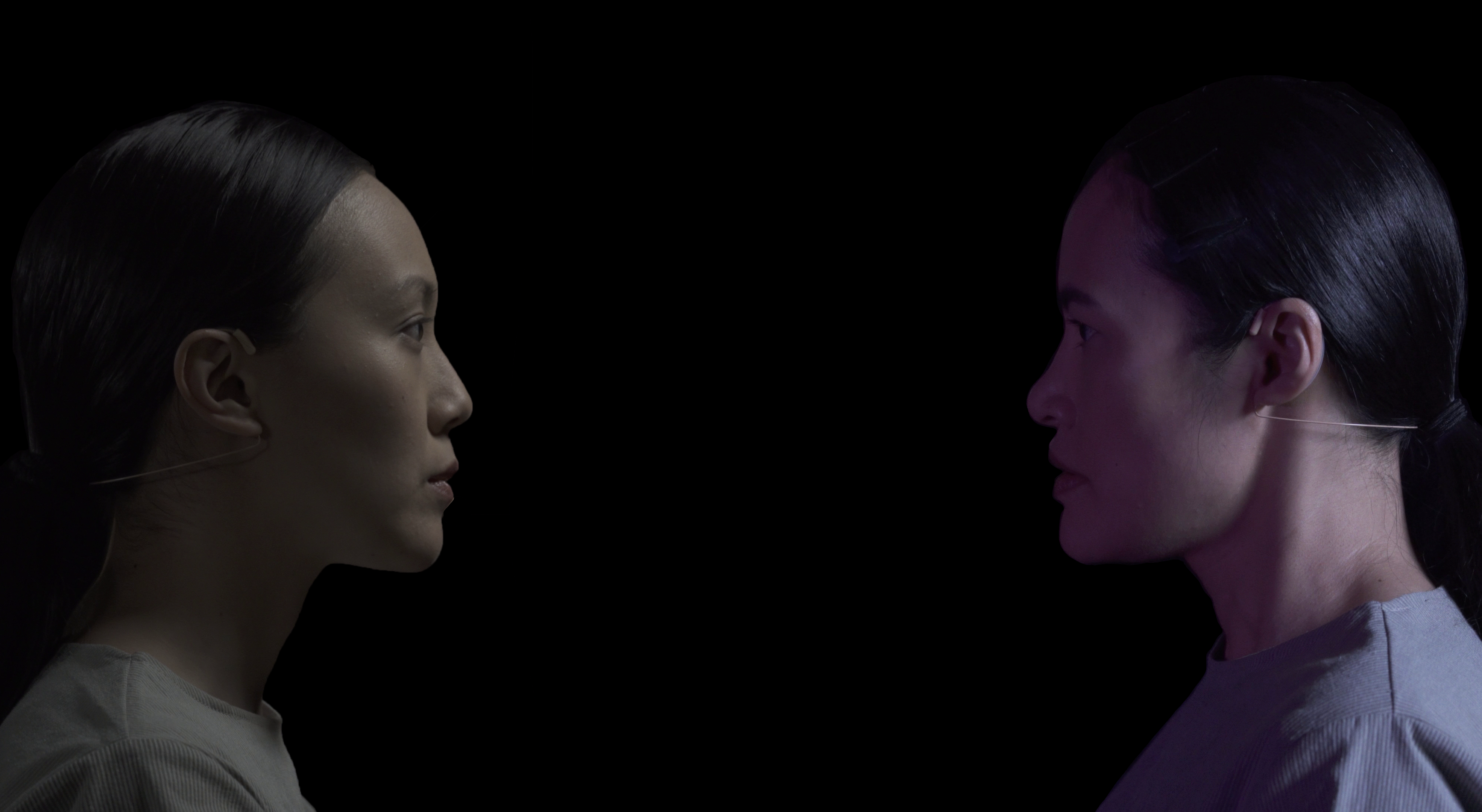 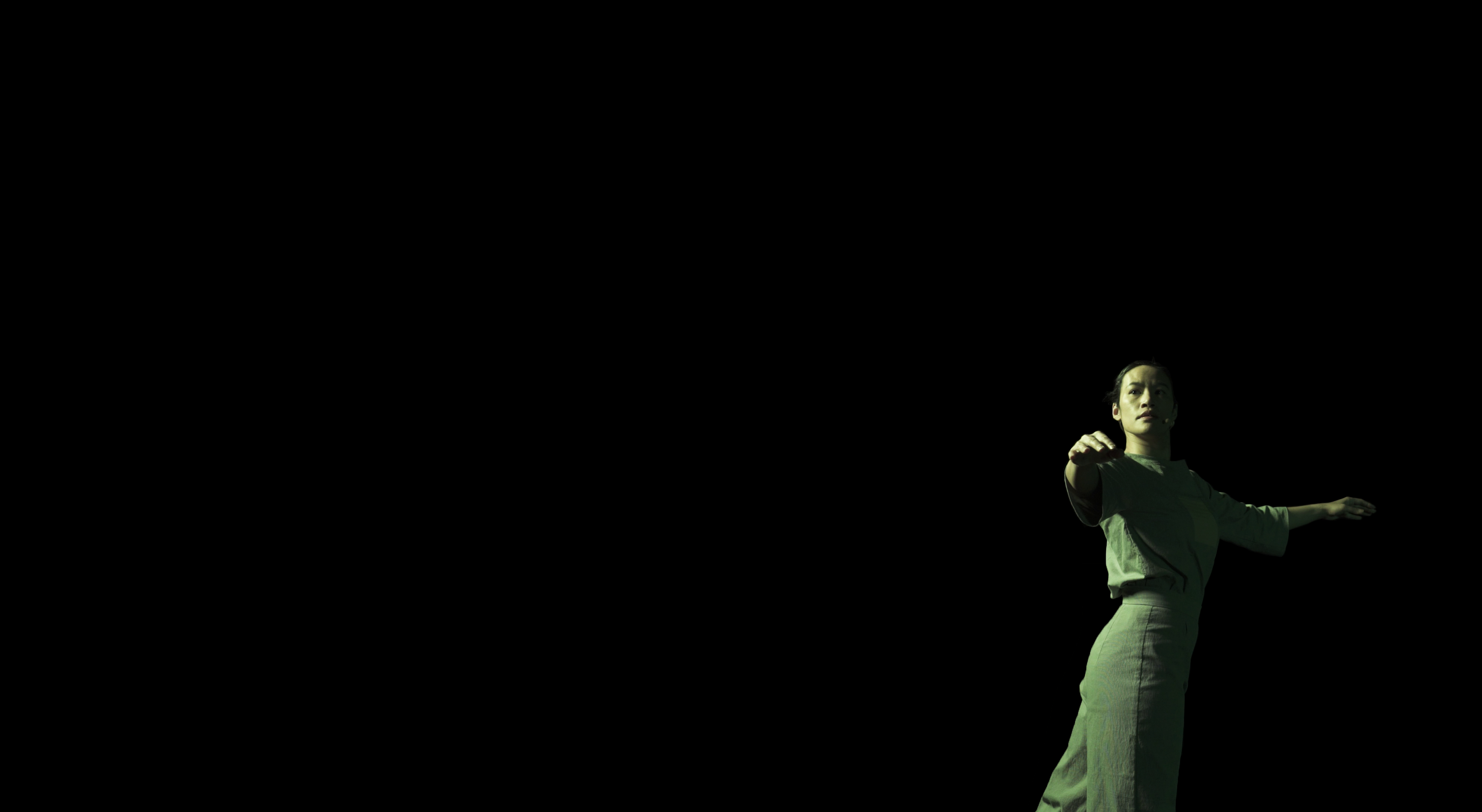 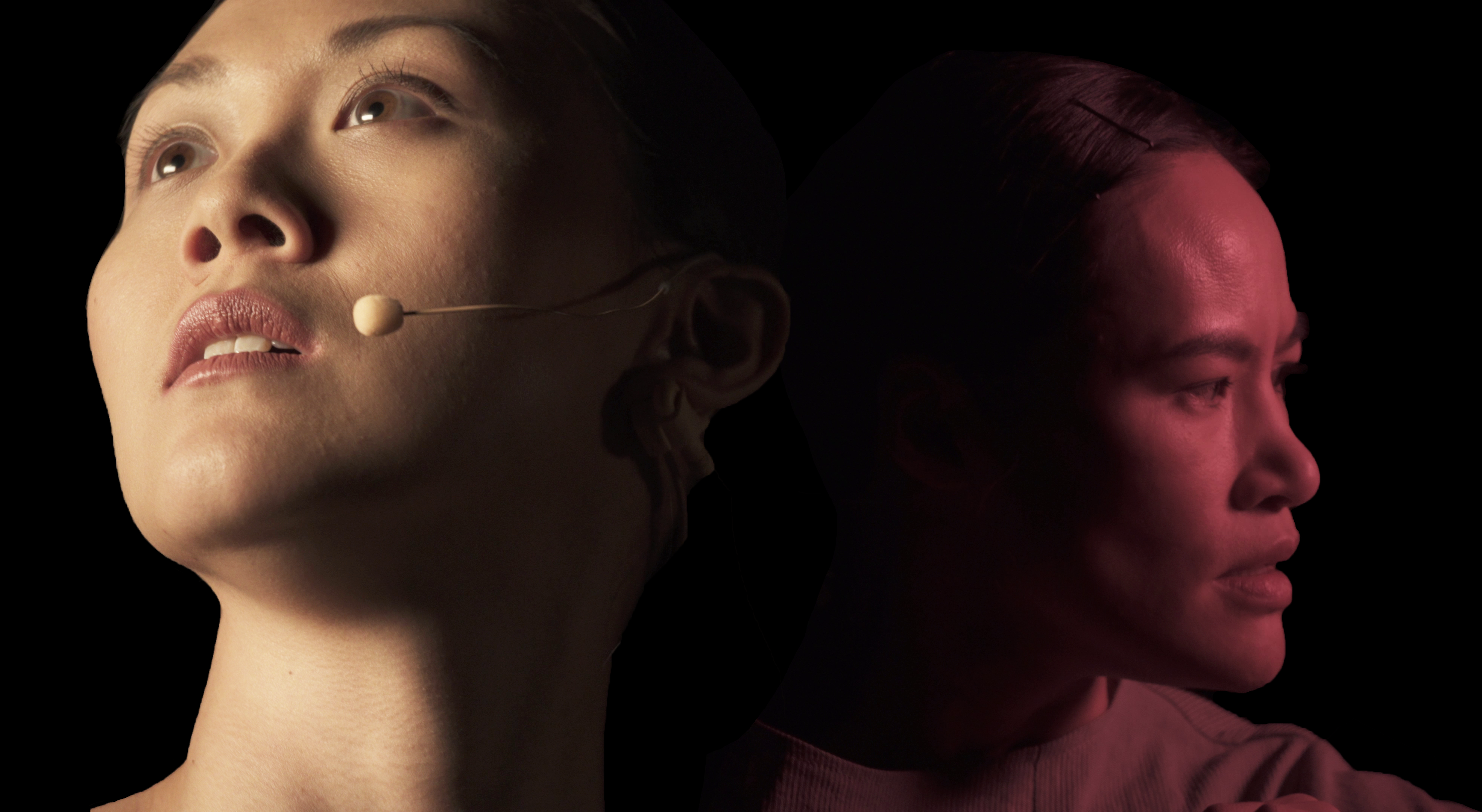 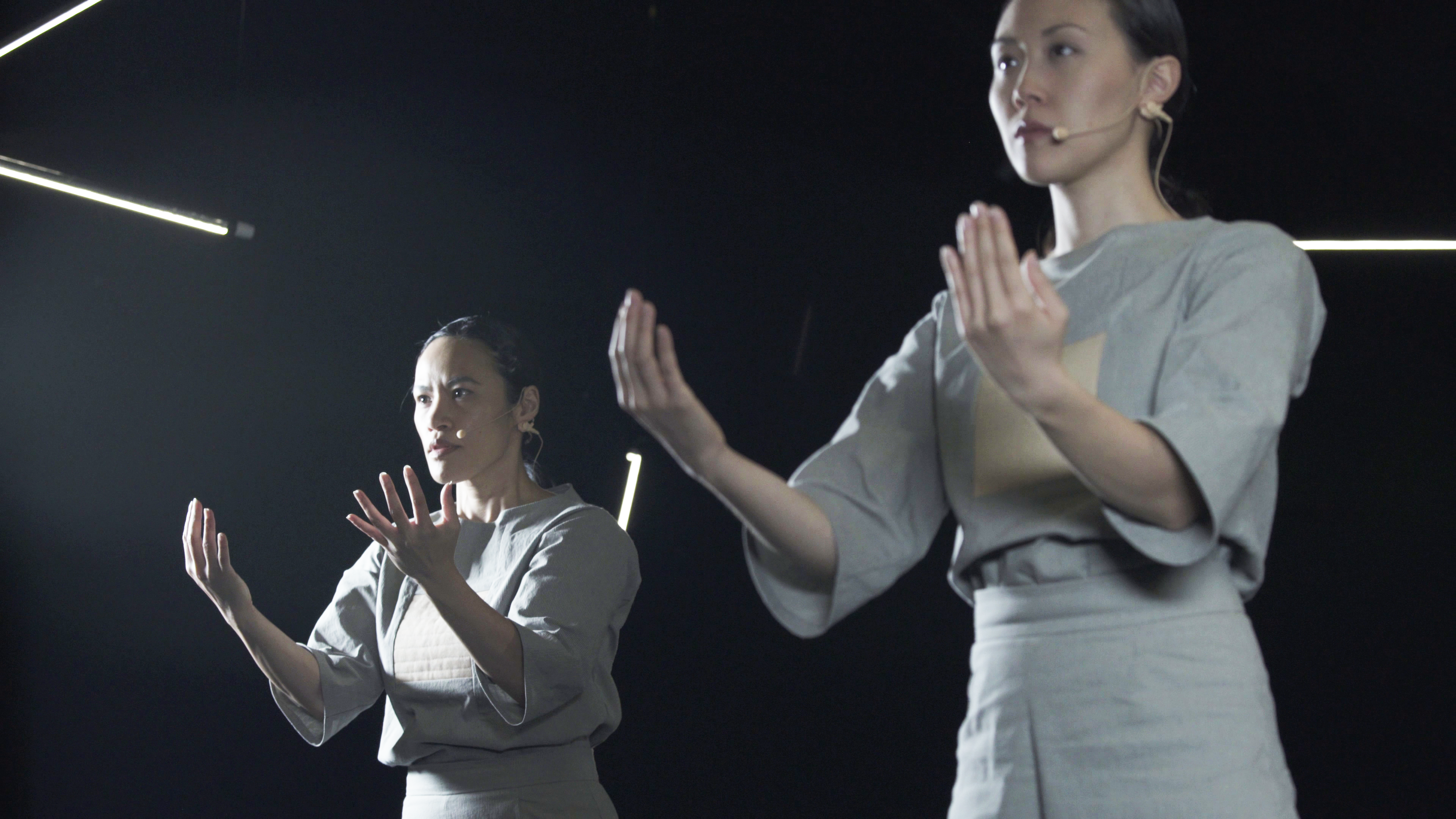 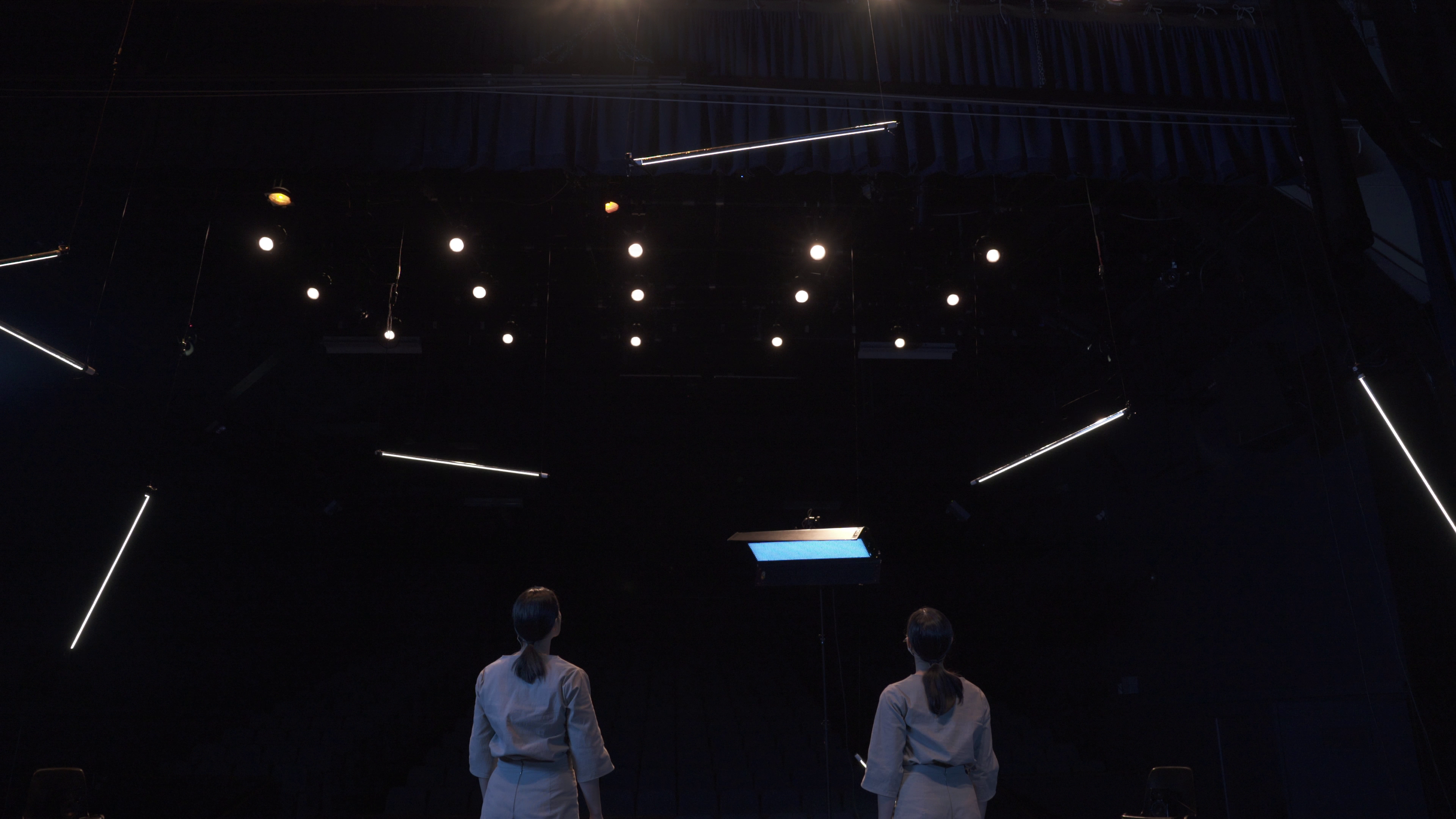 A new work of theatre experimenting with the separation of the AURAL and VISUAL, like a radio-play paired with a silent film.

In 20XX, a security specialist named Kawabi wants what everyone wants: to leave behind the scars of sickness, hunger, and war… and lead a new life in a new body. She joins The Grove, an idealistic start-up with a fleet of bioengineered and shareable bodies. But when a hostile entity hacks The Grove’s network, colonizing the minds and bodies of its inhabitants, Kawabi must rescue her new home… by reckoning with a ghost of the past.

Originally planned as a live theatre performance, K BODY AND MIND has been re-envisioned as an episodic miniseries for viewing at home. Blending overloaded 90s anime and cyberpunk aesthetics with an off-kilter and mesmerizing minimalist performance style, K BODY AND MIND is an impossible sci-fi epic performed by two bodies in an abandoned 100-year-old theatre. Featuring intricately patterned lights, sound, and choreography, you can watch K BODY AND MIND online in Spring 2021 at kbodyandmind.com.

Official A Wake of Vultures online self-release from MARCH 6-21, 2021, at kbodyandmind.com.

K BODY AND MIND is commissioned by Theatre Replacement through their COLLIDER Artist-in-Residence program, and developed in-residence at The Shadbolt Centre for the Arts, the Canada Council, the BC Arts Council, and the Wuchien Michael Than Foundation.